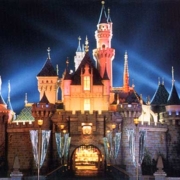 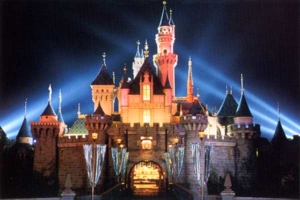 Cade and Ella are on spring break this week so Yan and I decided to spend at least part of their break on a multi-day family trip to California Adventure and Disneyland. We woke up early Sunday morning and hit the road by 7 am. Arriving at California Adventure before it opened was all part of the plan. And it was worth it. To watch my kids’ barely contained enthusiasm erupt into skipping, jumping and hopping through the park once the gates were opened warmed my soul.

Yan stayed up late the night before, planning our day. To put it plainly, my wife is a logistical magician. We were on a tight schedule which left little room for error. But Yan had it down to a science. No… more of an art, actually. We were zig-zagging through the park at her direction, stepping right onto the rides only to see a long line had suddenly developed by the time we got off. Occasionally she would tell me which ride to take the kids to next and give me a short deadline within which to meet her there before sprinting off to secure fast passes to be beautifully woven into the strategic tapestry of her master design throughout the day.

For those of you who know me, you can probably guess this approach to… well, just about anything… is not in my nature. I am much more of an improviser and a take it as it comes sort of guy. For those of you who know Yan, I’m sure it doesn’t surprise you at all that she had our day planned down to the minute (I kid you not – the minute) or that her maneuvers were as complex in their execution as they were effective in squeezing the absolute most from every single one of those minutes. It was as if all the other park guests were moving in slow motion, little more than static scenery on our warp speed tour through the park.

At the end of the day, we walked to our hotel – right across the street! – and settled in for the night. Cade said he wasn’t feeling well so we got him fed and tucked into bed with Ella while Yan went to work crafting the next day’s operations order as I rubbed her tired feet. But Cade wasn’t kidding. Soon he bolted upright and began throwing up on his bed. Yan sprang out of our bed and got behind him (she’s obviously the pro here). I jumped up, grabbed the nearest container – which happened to be a cup – and came around in front of Cade (amateur move on all levels there). Just as the panic set in that my little cup was filling up way too fast, things went from bad to worse. Cade began projectile vomiting.

I can only guess that the level of Newtonian force aimed directly at me was some kind of scientific record. And I must admit, there was a brief period of time when I wasn’t sure if I would stand my ground or break and run. But I’m proud to report that my sense of fatherly-duty somehow prevailed over my sense of self-preservation and I held my position even with all hell breaking lose around – and on – me. The aftermath wasn’t pretty but I had seen the elephant, withstood the test of fire, and although a long shower was called for, at least I was able to towel off afterward with my parental honor still intact.

Cade was feeling fine by the next morning and begged us not the cancel the rest of the trip. So off to Disneyland we went. I wasn’t sure just how much of Sunday’s logistical magic was luck, but yesterday erased any doubts I may have had about Yan’s prowess in amusement park supremacy and ultimate Disney dominance. And I think my favorite thing of all was when Yan announced to me that she had scheduled in some “free time” for us between 1:33 pm to 3:04 pm. Imagine, free time at an amusement park. Hilarious!

The only glitch came at the electric light parade when the adults my kids had squeezed in front of told Cade and Ella they were only allowed to stand behind them, not in front of them, because all the space in front of them was “reserved” to avoid congestion and/or an obstructed view. Now, I’ve got to pause and say here, while I don’t really understand adults who go to Disneyland without kids, I certainly don’t judge or resent them. And I know there are plenty of people who do just that. But it’s not something I get. If it weren’t for my kids, I wouldn’t be fighting those crowds, spending that money, and standing in line after line after line. No thanks. But fine. To each his own. What I absolutely can’t understand, however, is any adult telling a child to get behind them during a parade. I mean, really?!

But I digress. Suffice it to say, Yan’s plans didn’t account for these few bad apples who somehow mistook Disneyland for a kid free zone, but it did give me a chance to be more than just the “carrier of tired children and other heavy things” and use my improv skills to politely – or at least more politely than they deserved – remind those grinches what Disneyland is all about and in so doing, ensure my kids had an opportunity to see and enjoy the parade (which, by the way, did not in any way affect those other people’s opportunity to see the parade since my kids were barely 4 feet tall – that’s a fact; I’d seen them being measured all day long).

So at just under 20 miles and just north of 40,000 steps later (thank you, Fitbit, for that morsel of information) we headed back home after a two-day, physically demanding, emotionally rewarding, and don’t forget biologically trying, family trip to the happiest place on earth. We made so many great new memories with Cade and Ella and I got to marvel at my wife doing things supercomputers can only aspire to accomplish. Being a family man can sure be exhausting and sometimes even gross, but man oh man am I glad this is my life.

Spring Cleaning For Your Legal and Financial Affairs
Scroll to top