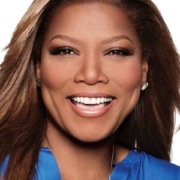 We may not think about it often, but even celebrities take care of their aging parents. For example, actress, singer, and songwriter Queen Latifah plays an active role in caring for her mother, Rita Owens, who was diagnosed with heart failure more than 10 years ago.

Owens learned of her condition when she passed out at work one day. She moved from New Jersey to California to recover and be close to her daughter. There, Queen Latifah cared for her mom and acted as a coordinator for a network of healthcare providers, family, and friends.

After her recovery, Owens was able to return to her home in New Jersey. Now, the two are working with the American Heart Association to raise awareness of heart failure.

Queen Latifah’s story is far from unique, and can help you remember that if you are a caregiver of an elderly or sick parent, you are not alone. And there are resources available to support you.

AARP reports of a study that found more discontent in relationships between U.S. elderly parents and their adult caregivers than in five other countries. In the U.S., 20% of the relationships were rated as disharmonious. In the five other countries surveyed-England, Germany, Israel, Norway, and Spain-less than 10% were similarly ranked. Here in the US, it is sadly “normal” for caregivers of elderly or sick parents to feel frustrated, unappreciated, and resentful. But, it doesn’t have to be that way. With advance planning, strong communication, and family coordination, the potential for a disharmonious relationship can be greatly reduced.

Proper planning should not only account for the legal issues involved, but also the personal and interpersonal issues, too. Schedules should be worked out, structures put in place, and legal documents prepared. Getting your lawyer involved early in the process ensures all issues are identified, contingencies prepared for, and the transition into caregiving is as easy as possible for both you and your parents.

Dedicated to your family’s health, wealth, and happiness,

“Any of you boys seen an aircraft-carrier around here?” –Maverick,...

What Would You Do If Your Child Got Accepted To Cornell University?
Scroll to top