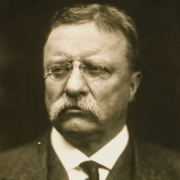 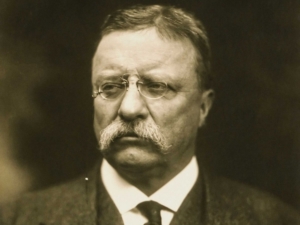 This past weekend was a good one. We took Cade and Ella to a swim meet early Saturday morning, then dropped them off at Yan’s parents’ house. Yan and I spent the rest of the day working on renovations at an investment property we recently closed on.

Cade and Ella have protested the swim meets (This summer, Yan signed them up for the Loma Alta Park swim team which competes against other LA County park teams). They don’t mind the practices – they’ve each been taking swimming lessons since they were 2. But neither of them likes the competition. And I mean at all. Ella keeps saying to me, “racing is just not my thing.”

But we’ve pushed them (forced them, really) to stick with it and compete. Not to win, mind you… but to compete. I’ve had very earnest talks with both, “I don’t care if you come in first place or last, as long as you go out there and give it your all.” Besides, there are valuable life lessons one can only learn from losing. It’s hard to watch my kids lose – because I know they feel bad about it (and that’s part of my challenge as a father; to teach them it’s okay to feel bad about losing but that losing shouldn’t make them feel bad about themselves) – yet I also know, from experience, that losing makes you dig deep, find out what you’re made of, and decide how you’re going to respond. Are you going to pick yourself up and take another swing at it or put your tail between your legs and limp away?

Cade came in dead last in his first race and walked over to apologize to me. I said, “Wait a minute, I was just going to tell you how proud I was that you saw you were going to come in last but you didn’t quit or even slow down; you finished strong.” Cade looked down and said, “I knew I was going to lose. I always lose. It doesn’t bother me anymore.” I replied, “I think it does bother you and that’s why I’m so proud. Because even though it bothers you, you’re still out there competing. And you can hold your head up high because of that. That takes heart. I’m so proud everyone here sees the strength of heart my son has. In fact, I couldn’t be prouder.”

Life is competitive. And although most of the kids Cade (and Ella, too, for that matter) swam against were a full year older, I didn’t want him focusing on excuses. I wanted him thinking about how to improve his technique so he could improve his competitiveness. So that’s what we talked about. From the subject line, you may have guessed that I’m a big Teddy Roosevelt fan. One of my all-time favorite quotes ever comes from him: “It is not the critic who counts. … The credit belongs to the man who is actually in the arena; whose face is marred by the dust and sweat and blood; who strives valiantly … who, at worst, if he fails, at least fails while daring greatly; so that his place shall never be with those cold and timid souls who know neither victory or defeat.”

This is what I wish for my children.

Doesn’t Everything Automatically Go To My Spouse And Kids When I Die Anyw...

Do you really need a will?
Scroll to top