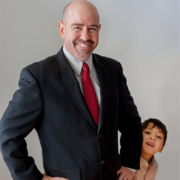 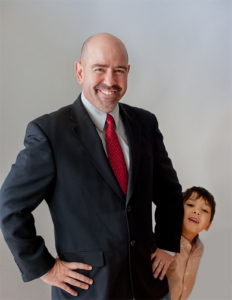 No, that’s not a typo. My son, Cade, is really shining this year. After a tough, tough first grade year he seems to really be coming into his own. There are still challenges and issues, of course, but I couldn’t be more pleased with where he’s at and the progress he’s made.

Cade is now used to his glasses and his self image no longer seems to be tied to them. His reading has improved by leaps and bounds over last year and it’s not (as much of) a struggle to get him to read every night. His confidence is growing and so are his skills, not to mention the ember of enjoyment I see beginning to smoke when he feels successful with his reading.

Cade’s writing is also, well, fun to be a part of. His homework includes writing a short paragraph every night in response to a question posed to him such as, “If I were a cartoon character I would be…” I love watching his imagination sink its teeth into each question every night and he seems to really enjoy the creative aspect of his homework, too.

We are still playing catch up – he’s not where he should be yet – but we have a lot of momentum built up and our strides are strong and even. And as much as I’ve learned about him through this process (he is brave to have tackled something he initially felt hopeless about; he is determined to conquer it even if that determination is held in place by Yan and me; he is sensitive and imaginative and insightful and loving, and those traits manifest themselves in small new ways almost every week) I’ve learned even more about myself, and about being a father.

We’ve gotten in the habit of sitting down together every night, as soon as we get home, to do homework. And the most important habit – as well as the hardest to form – was my own. Cade follows my lead and all too often that leadership was about finding an excuse not to sit with Cade as he did his assignments. I’ll be honest, I didn’t like sitting with him while he tackled his homework. It was painful (sometimes excruciatingly so), boring, and more often than not left both of us frazzled and frustrated.

But that was really all about me, not Cade. Once I got it through my thick skull that the tone was set solely by me, it was I who needed to form the habit, and ultimately I alone determined whether the homework sessions were productive or not, it became much easier to sit there by his side for every minute of every session. And now I actually even kind of enjoy it. Not that it always goes off without a hitch. It doesn’t. But it’s another precious opportunity for us to spend time together and bond (I know that at some point in my life I’m going to look back and wish I’d had more of those), I get to be a hands-on part of his growing skill set and self-confidence, and most importantly, he really just needs his father to be there -right there, the whole time – offering help, support, and encouragement.

Being a father to a son is a special responsibility and relationship. It is so humbling to learn, over and over again, just how much he looks up to me as his role model. And it really is an honor to fill that role for this incredible little boy I admire and adore so much.

But what is art?

What Happens if You Die Without a Will?
Scroll to top