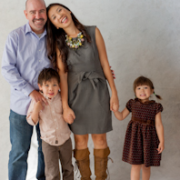 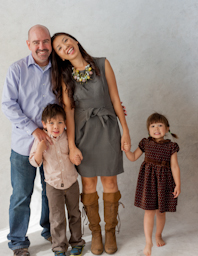 Marc with his family

My wife’s maternal grandfather turned 95 on Sunday, and the whole family celebrated in epic style. There were about eighty people at the feast, the majority of whom were relatives of the guest of honor. That’s right, my wife’s grandfather and grandmother have about fifty descendants across three generations (four if you count them) all in the same room. It made me think about how just one person can not only influence, but completely change, the lives of so many others.

You see, my wife’s parents grew up in China. They were teenagers during the Cultural Revolution. Their families were each considered part of the urban bourgeois class. As such, my wife’s father and mother were taken from their homes, with many other urban “bourgeois” youth and placed in rural work camps; reassigned as proletariats. That’s where they met. And from the moment he was sent there, my father-in-law began planning his escape.

He organized a small group of people he trusted not to betray him or his plans, my mother-in-law among them. She was terrified, however, and only my father-in-law’s reassurances that he would take care of her convinced her to actually join the escape party. One night the small group slipped out of the camp with only a bit of rice, a homemade compass crafted by my father-in-law, and a rough idea of the general direction they needed to travel to get to the coast near Hong Kong.

Unbeknownst to them, the journey through the mountains to the coast would take three weeks. Their food rations quickly ran out. They were being hunted and so could only travel at night. And one night they were discovered and surrounded by communist soldiers. The soldiers began shooting, the small party scattered, and chaos ensued. My mother-in-law remembers falling down a steep ravine, landing beside the body of one of her compatriots who had been killed by the soldiers just moments before. She hid under his corpse, undiscovered, until the soldiers left the area. She had no idea what had happened to my father-in-law.

Traumatized as she was, my mother-in-law somehow made it the rest of the way to the coast. The last obstacle between her and freedom was an all night swim through shark infested waters to the island of Hong Kong. She had a makeshift floatation device with her but early in the swim a patrol boat, looking for people attempting to escape to Hong Kong, approached her in the water and she let go of the floaty to dive out of sight. Only through sheer determination did she manage to keep swimming and make it the shore of Hong Kong many hours later.

My father-in-law took a different path. During the encounter with the soldiers he had been captured. Bound and thrown into the back of a truck, not knowing what horrible fate he was being driven to, he leapt from the truck to escape. He was captured again – only to escape again. Finally, on his third attempt he was able to evade capture and reach the coast for that same terrifying swim my mother-in-law had already survived. Many of those who entered the water were never heard from again. But my father-in-law emerged wet and cold … and free … on the shore of the British colony too.

After a short time searching for each other (not knowing if the other had made it or perished), my wife’s parents were reunited. They got married soon after, had a daughter (Yan!) and then another before immigrating to the United States a few years later. They came to America, just as so many others have, to provide a better life and more opportunities for their children.

They are indeed the quintessential American story. They came to this country, literally, with nothing more than the clothes on their backs and a few hundred dollars in their pockets. That was it. They didn’t know a soul here. They didn’t ask for any handouts. They found jobs, worked hard, lived frugally, and pulled themselves up by their bootstraps. Eventually they saved enough to bring their parents over, then their siblings, nieces, and nephews, too. All of them came for a shot at a better life. And all of them received that opportunity because of a brave young man who refused to let his freedom be taken from him, and the brave young woman who believed in him when he promised to take care of her.

None of the people who were in that room Sunday night celebrating a 95 year old man’s birthday – myself included – would have been there if it weren’t for my wife’s father and mother. They are truly amazing. Few people I’ve met are as courageous, as hard-working, and as generous as I know them to be. They have changed the lives of everyone in their extended family. They have changed my life, too. I would not have met my wife if not for their desire to give their girls a better life. I would not have Cade and Ella if I had not met and married Yan. I would not be who I am today.

All it takes is one person with a dream and the determination to do whatever it takes to turn that dream into reality. That one person can change the lives of so many. I saw a testament to that Sunday night. It is a source of pride to know my wife and children come from such strong stock, and it is an honor to be a part of such an amazing heritage.

Wearable Technology: What Does It Mean for You?

Don’t Jump From the “Probate Frying Pan” Into the “Estate...
Scroll to top