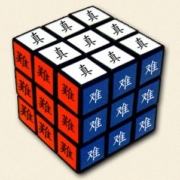 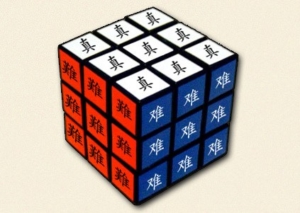 But last Saturday something changed. I’d finally had enough, I guess. Instead of coddling and cajoling, or begging and pleading, or yelling and screaming (all of which we’ve tried, repeatedly), I simply sat my son down and had a very deep, serious, heart to heart with him.

I talked specifically about his maternal grandparents who escaped a China labor camp during the cultural revolution (if you missed that blog entry you can read it here). I asked him what would have happened if they’d have said, “it’s too hard; we can’t do it.” Realizing that would have meant his mom probably would’ve never been born, and, that even if she had been, I certainly would have never met her, made him think long and hard about his own existence and the far-reaching effects of life’s decisions.

I told him, in detail, about my paternal grandparents. My grandfather was crippled for most of his life yet I never heard him complain or saw him feel sorry for himself. Not once. Nor did I ever hear him make excuses, say something was too hard, or see him give up. I only ever witnessed the opposite. In fact, apart from the constant use of crutches and having a hard time getting up and down out of a chair, he was pretty much Superman. And I’ll tell you this- there’s nothing he couldn’t build.

I wanted him to understand the difference between Chinese (and yes, I get it, Chinese IS hard!) and the life altering, punch in the gut types of hardships life can, and does, deal out. And I wanted him to know that people in his family had faced those types of hardships, endured them, and ultimately triumphed over them. Again, when I had answered all his questions, I could see the wheels in Cade’s head spinning intensely.

And then I completely changed my tone, my approach, indeed, my parenting. I told Cade we were done saying something was too hard. I told him he was better than that and his forbearers hadn’t made it through what they had only so he could quit now. I told him he owed it to them to decide to have a “can do” attitude. I told him even more than that though, he owed it to himself. I told him I believed in him and wasn’t going to let him sell himself short a moment longer.

Something seemed to click, for both of us, there. We discovered a new, close connection with each other and it felt good. Really good. I know he wants to believe in himself. He’s just scared. I also know one of the best things I can accomplish as his father is to help that belief take hold and blossom. I see the way forward. And I’m confident he will arrive because he was hopeful enough to begin following me, knowing full well the direction I’m leading.

The Difference between Lifetime and Deathtime Planning… and Why a Comprehensive...
Scroll to top