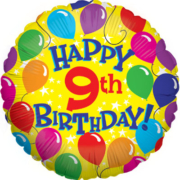 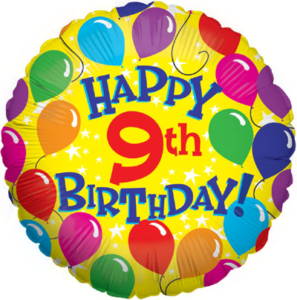 My son turned 9 years old on Sunday. We celebrated, at his request, with just a small family gathering. Cade loves family. He feels most comfortable when he is with family. His incredibly deep sense of family connection is one of the many things about him I have always adored and admired.

His grandparents (my parents) hosted a swim-barbecue party the day before his birthday since I was scheduled to be working the law firm’s “got guardians?” booth at Sierra Madre’s Wistaria festival on his actual birthday. Yan’s parents were there as well, along with Cade’s two aunts, Wan and Tessa, his uncle Matt, and his two cousins, Erin and Clayton.

Cade, now in third grade, has struggled mightily with reading over the last few years. But due to a lot of hard work on everyone’s part – and so much of that credit has to go to Cade himself – he is nearly caught up to grade level. He really has worked, and worked, and worked at it and I couldn’t be more proud of him.

He continues to tell me he is the “stupidest kid in [his] class” but I’m also seeing supplementary flashes of self-confidence come through, too. He is extremely sensitive and competitive… not necessarily the greatest combo. If he is not the best at something, he often feels like he must be the worst. And I know he’s been acutely aware of his own struggles academically so far in school, relative to his classmates. His powerful perceptive abilities can, on occasion, intensify his insecurities.

And speaking of perception, that kid can read a room in an instant. Upon walking in, no matter how many others are present, he’ll not only know who’s there but also what they’re wearing, what they’re doing, and even immediately tune into how they’re feeling. It’s really something to behold. I’m just in awe of his visual acumen. For example, he flipped through the instruction manual for the big, intricate, Lego X-Wing Yan and I got him as a birthday present and then went right to work. In fact, he got lost in it; tuning out everything else until he had the craft constructed just a short time later.

For someone who excels at spatial logic and visual cues, I can certainly see how reading difficulties have been especially frustrating and unnerving. But to be honest, as hard as it’s been, I’m actually a little glad Cade’s struggled. Nothing much worth having comes easily in life. The sooner Cade learns that, the better as far as I’m concerned. Ten years from now I hope Cade is in college (wow, that just seems crazy) studying science, or engineering, or whatever his gifts and intelligence lead him towards, with the humbleness which only comes out of adversity and the poise only attainable from overcoming it.

Man, do I love that boy.