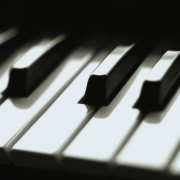 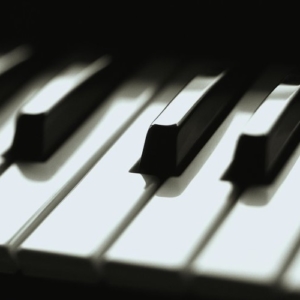 Cade and Ella had their first piano recital this weekend. They’ve been playing for about 9 months now – you can read my first blog post on the subject here. On one hand, it was two hours spent listening to (mostly) other parents’ kids struggling through basic songs on various instruments… not tops in entertainment value. But on the other hand, it was supporting my own kids as well as all the others from Sierra Madre Music (which is a great program with really great teachers) in their artistic endeavors. And that was pretty awesome.

You could see the butterflies in every single child before they started and while they performed, though only one refused to go on when his name was called – and joy of joys, it wasn’t one of mine! Yet to a child, from the flash of a smile to the puffed-out chest bows some of them took, you could feel their sense of relief and newfound pride once they were finished. That was really cool.

Cade and Ella each approached their respective performances just as I would have expected based on their personalities. Ella went first and was very “in the zone”. She has been working hard on playing without looking at her hands and that’s just what she did, staring stony-faced, straight ahead, as if in a trance, only becoming aware of everyone else and breaking into a grin at the very end. Cade went next and was a bit fidgety as the nerves coursed through his body. I was nervous for him, too. He was very aware of everyone else in the room from beginning to end but he made it through and I couldn’t have been prouder of either of them.

My kids got to experience music from a different vantage rather than just lessons or practice. They got to feel that pre-performance anxiety, overcome their fear and rise to the challenge in spite of it, and know the thrill of bravery and definitive accomplishment when it was all over but the ovation. As a parent, watching that sequence unfold within each of them and seeing their ultimate success was what it was all about for me. So now I’m (mostly) looking forward to their next recital.

Are You Leaving Your Retirement Account at Risk Due to Poor Planning?